On the latest issue (May 16th, 2019) of Écho Magazine, you can look at my reportage on Young shooters’ course in Ticino, Switzerland.

On the web site of Swissinfo from May 4th 2019, you can look at a selection of pictures from my photo essay on the Swiss love for guns.

Shooting is a favourite leisure sport in Switzerland. Its roots date back to the late Middle Ages, but especially the 19th century when shooting became an important part of national identity. But gun lovers fear a new weapons law could spoil their fun. Swiss shooters and hunters fear that the European weapons directive being put to the vote on May 19 could jeopardise their hobby, even though Bern has managed to negotiate some concessions from Brussels, particularly on army weapons. 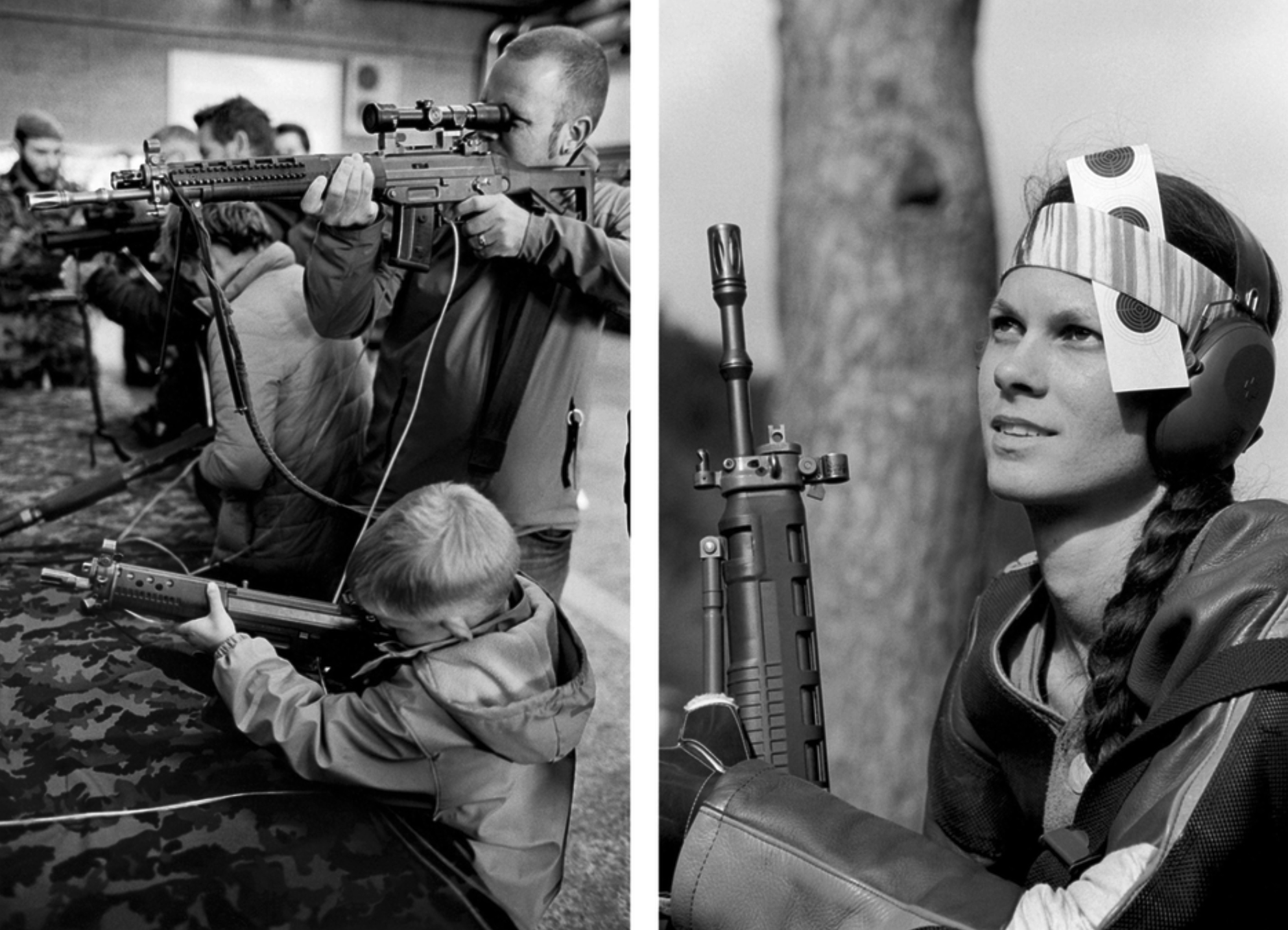 On the latest issue (April 24th, 2019) of L’illustré, you can look at ten pages on guns in Switzerland.

On the latest issue (April 1st, 2019) of Azione, you can look at my reportage on “Young Shooters’s Course” in Lugano, Canton Ticino, Switzerland. 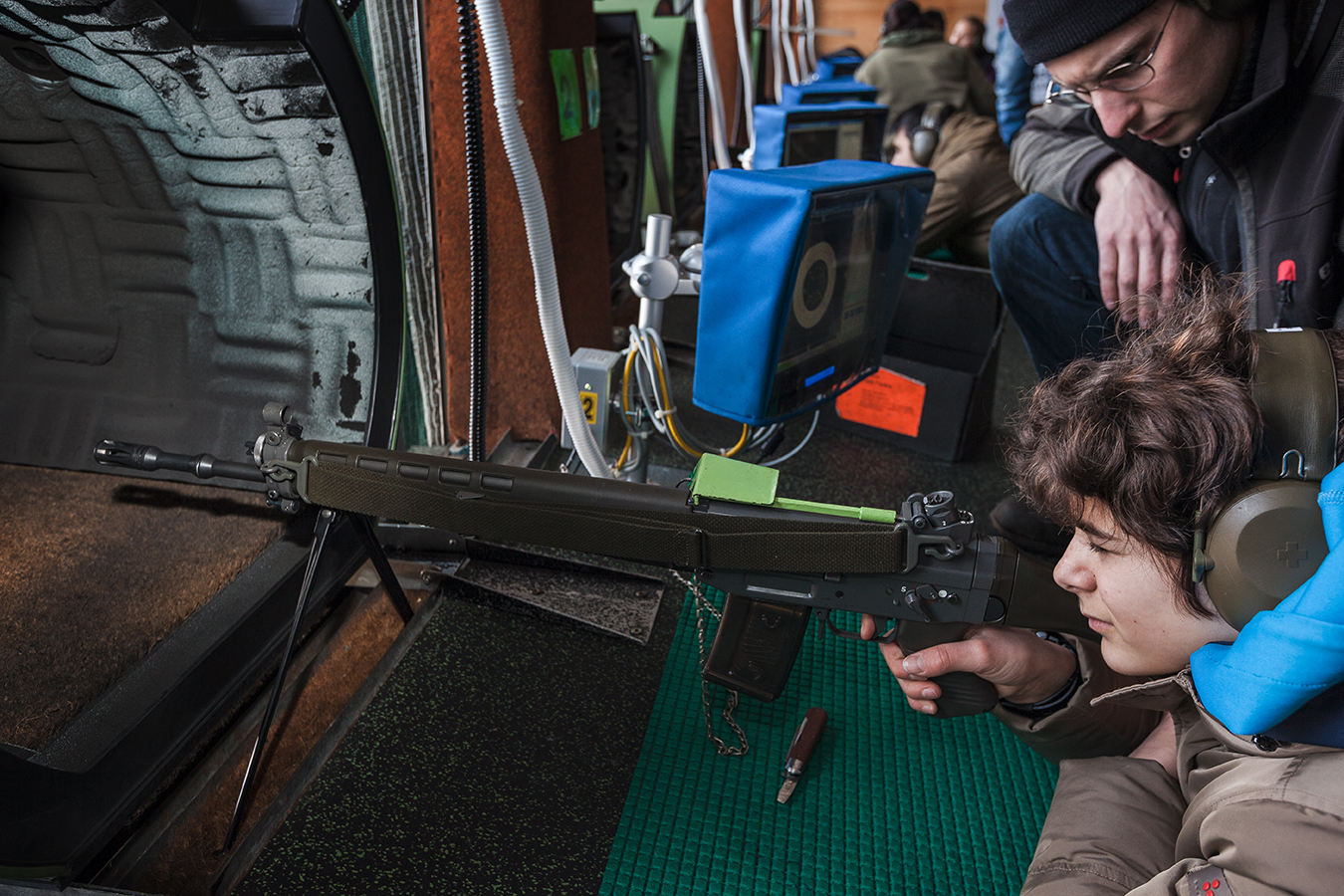 “Apprendisti in armi” in Azione (PDF)

“The link between America’s lax gun laws and the violence that fuels immigration » in The New Yorker from March 22, 2018, with a picture from my guns in America’s reportage. 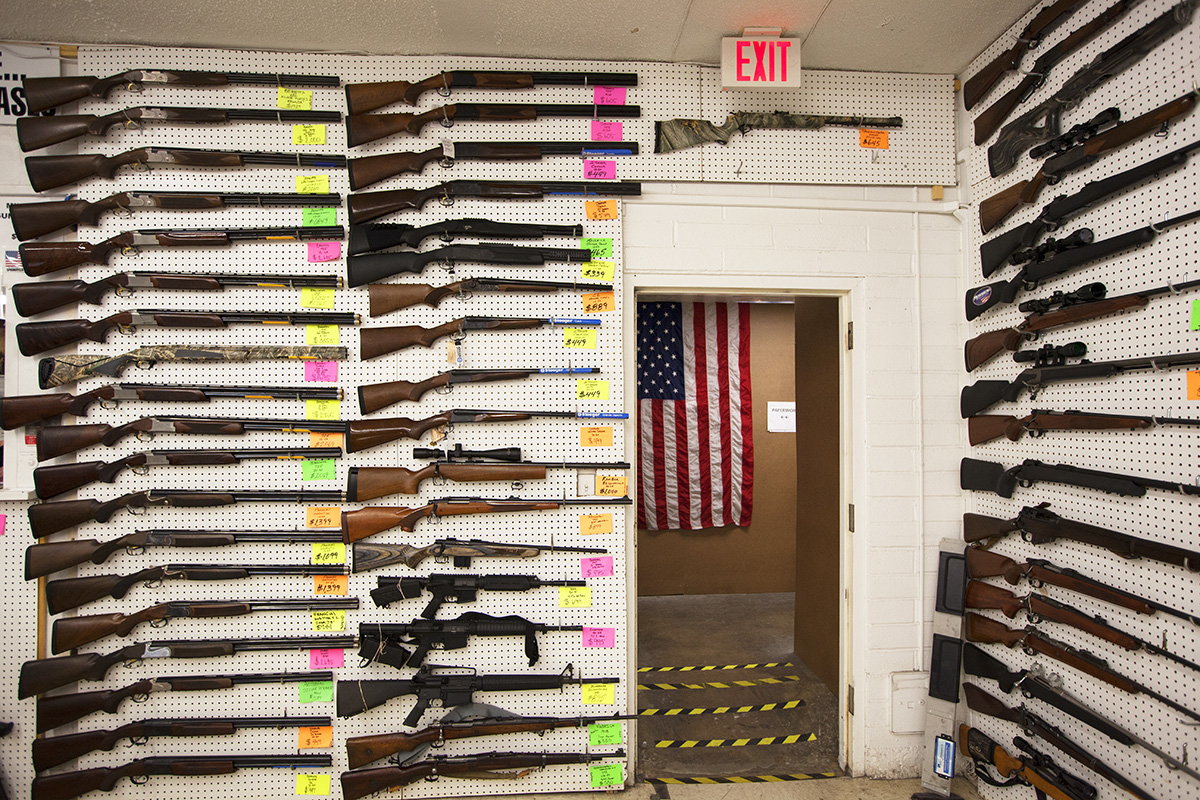 On the latest issue (March 3, 2018) of Io Donna (Corriere della Sera), you can look at my reportage on women with guns in the USA. 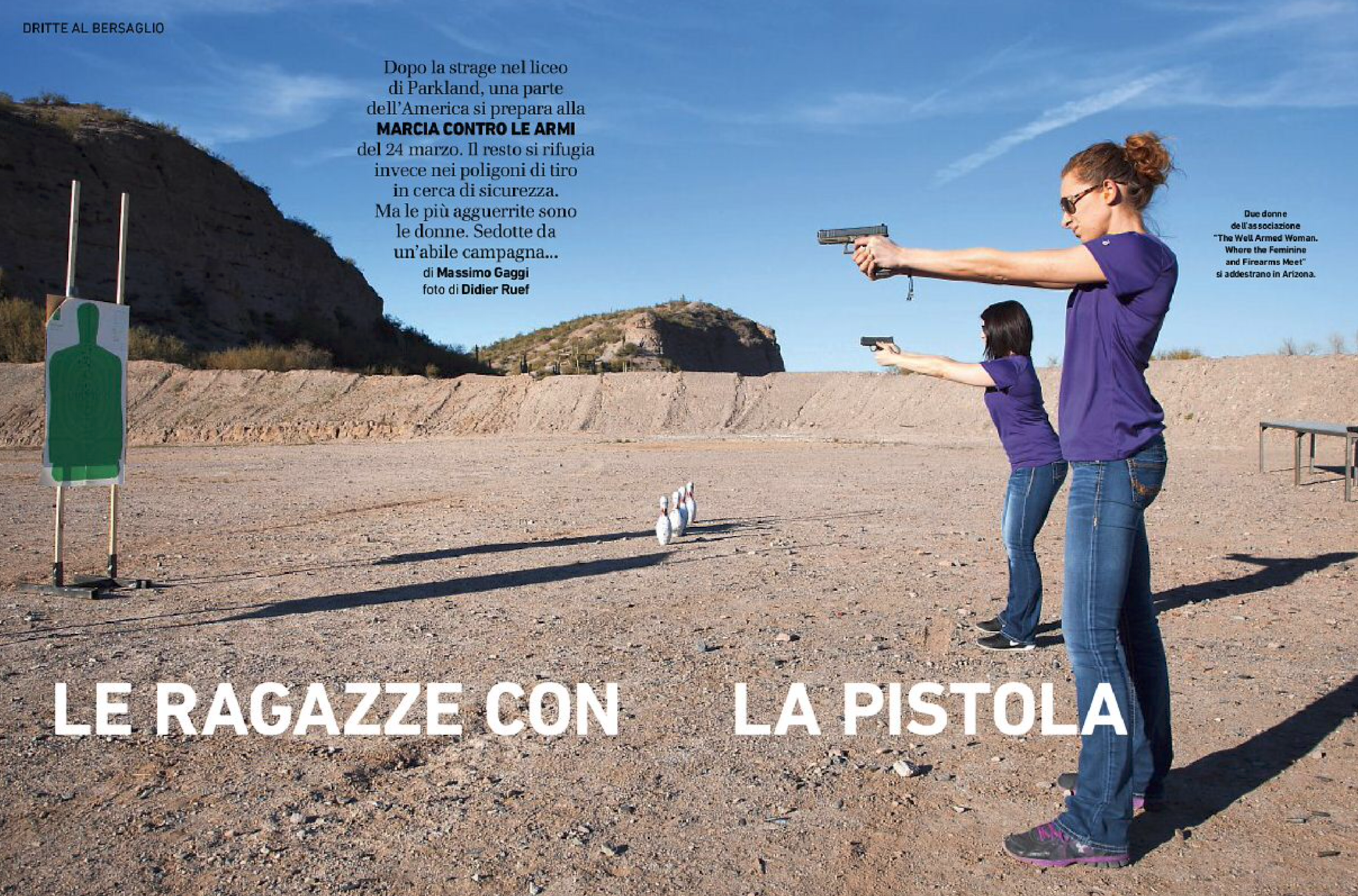 On the latest issue (February 22, 2018) of Libération, you can look at my picture about guns in America.

On Edito 01/2017, my pictures from an ongoing project about Swiss people and their love for guns. 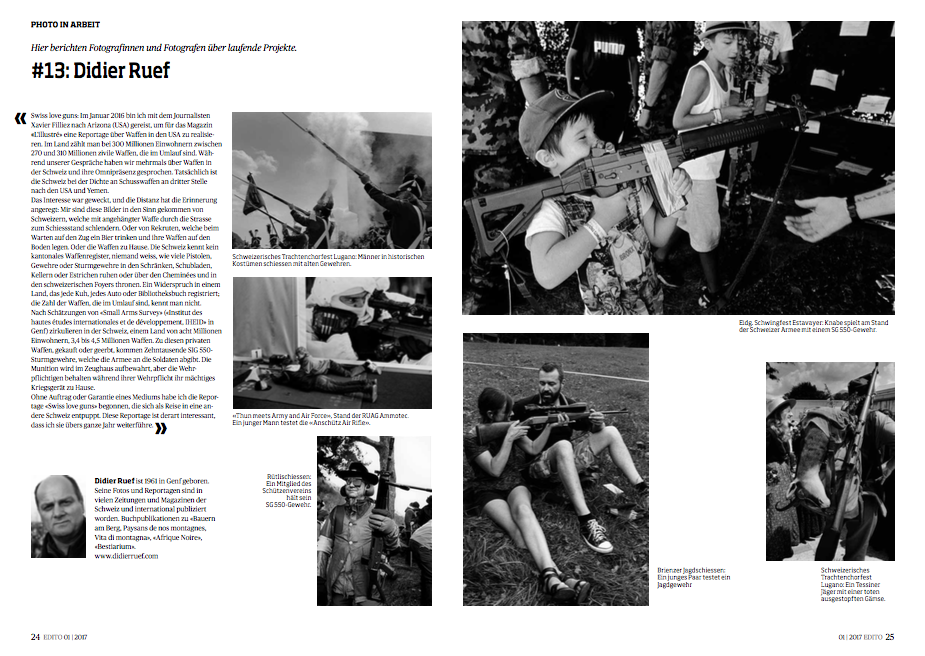 On the web site of Azione from October 31, 2016, a photo essay about women and guns in America with a text by Xavier Filliez. 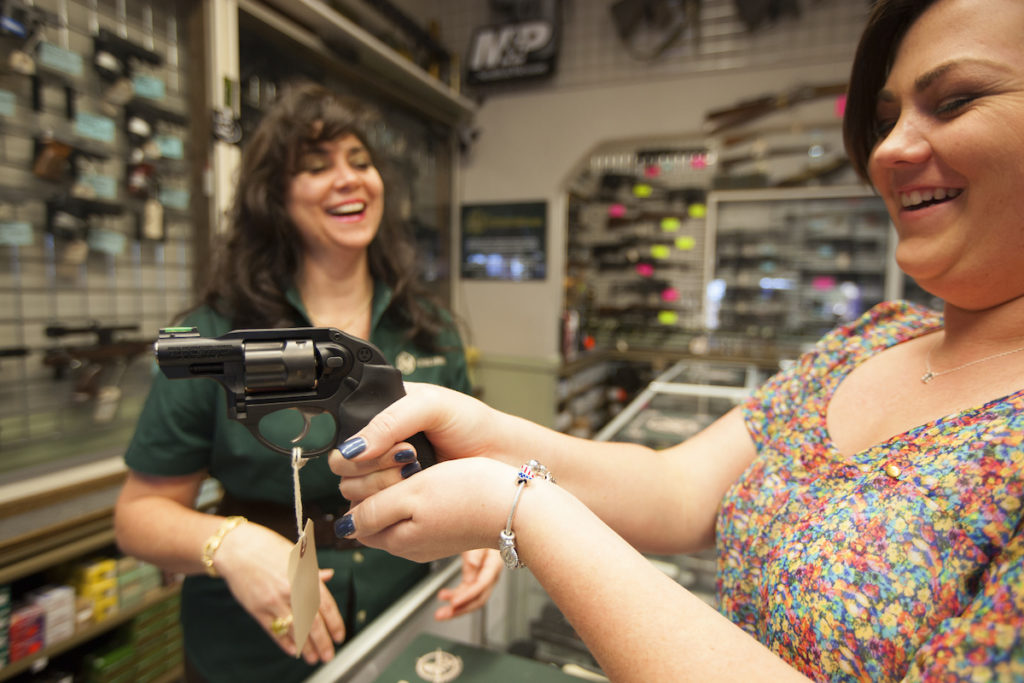 A radio comment about the image “Women love guns in America”.

You can look at all images on: http://www.didierruef.com 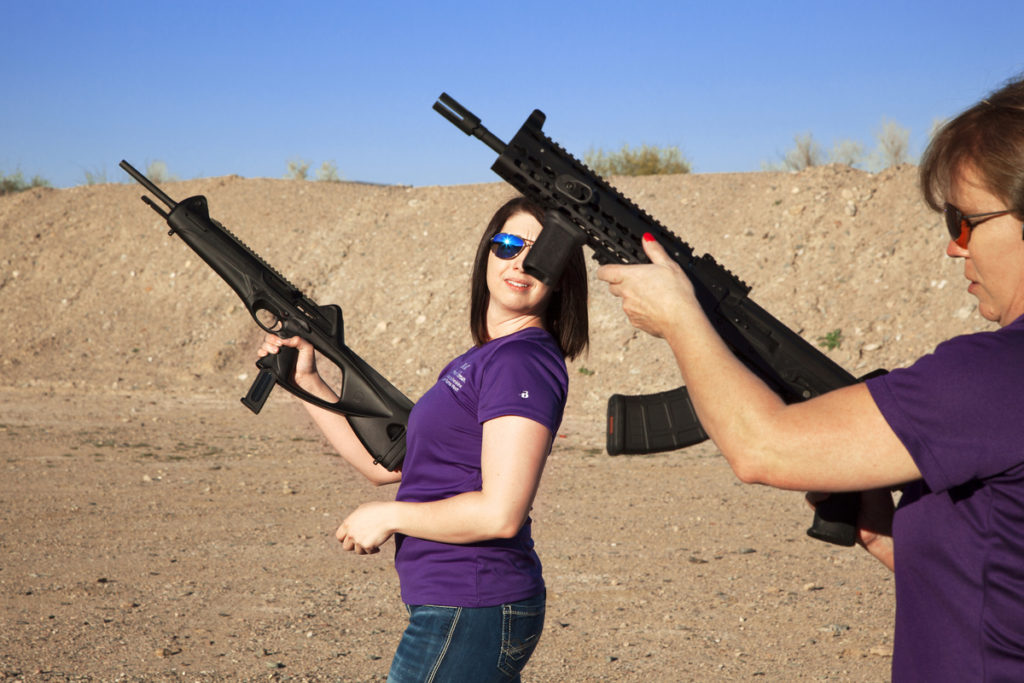 
On the 19th November 2021, you can look at my pictures about Manuela Peduzzi, a security agent, in Work. Continue reading →


On the 14th November 2021, you can read the article written in Le Matin Dimanche about my book 2020. Continue reading →


On the 13th November 2021, you can read the article written by Irène Languin in Tribune de Genève about my book 2020. Continue reading →